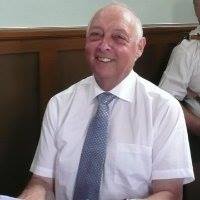 en telling stories to children and young people for over 50 years in youth organisations, churches, and schools. A minister of a church suggested to him that he should write them down and get them published. Clive started doing this in 2013.

He was born in Shrewsbury, Shropshire and was named Clive after Lord Robert Clive (Clive of India). Moved to Wales when he was 11, first to Tredegar, Gwent, and then Cardiff where he attended Canton High School.

On leaving school he was employed in the City Treasurers’ department, with the aim of training to be an accountant, but once he moved into the computer department he decided to pursue a career in computing.

His work in computers led him to live in many places as he worked for many companies, but it appears he has settled in Stroud, Gloucestershire since 1990.

Moving around the country with his work meant that he moved to different churches and became involved in different youth organisations. Although he spent most of his time in Boys’ Brigade, he has also been involved with Campaigners, Covenanters, Crusaders, and invited to Scouts, Guides, and various schools to tell his stories to the children.

Since publishing his books Clive is increasingly being asked to visit schools, literary festivals, adult meetings and community events.

Clive is a Trustee of the Countess of Huntingdon Connexion, and was the President of the  Connexion from April 2013 – April 2015. He has been an Elder at Ebley Chapel, Stroud.